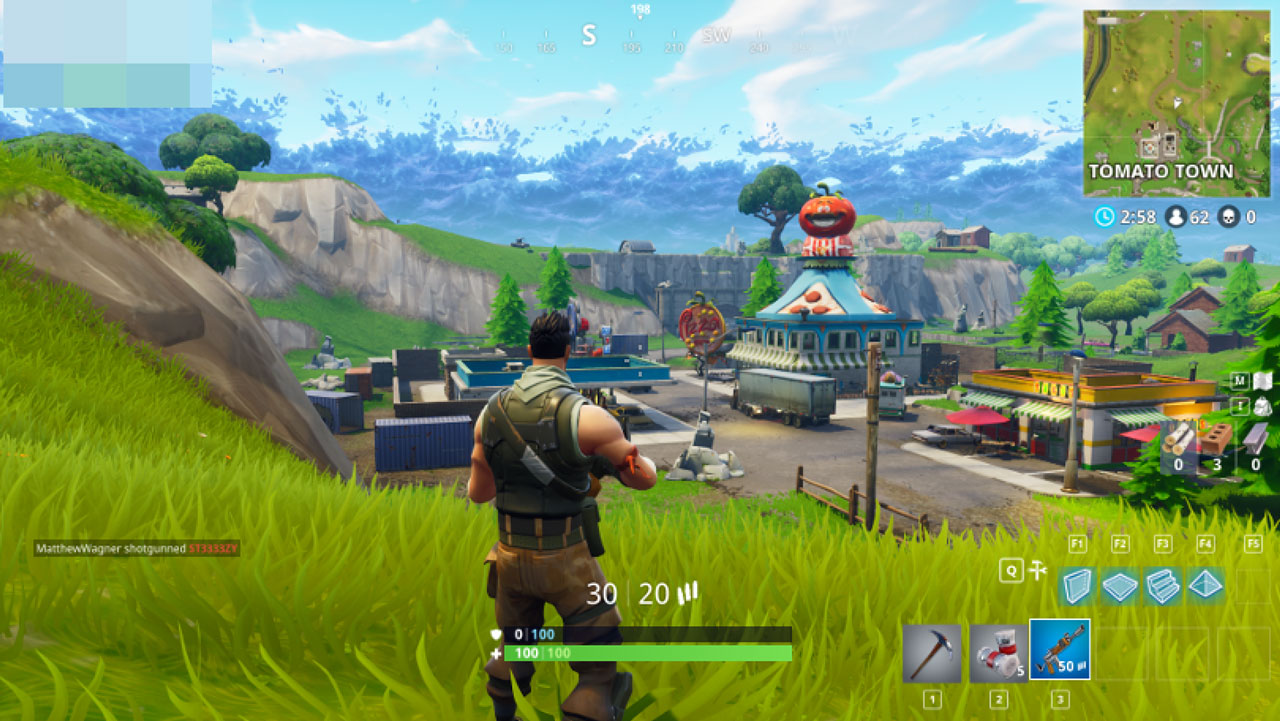 Why Fortnite is the most popular games of our gaming bus?

In our gaming bus, there are several videogames you can play with, but the most popular one seems to be Fortnite, or at least, it is in the top 3. But what makes this game so exciting and why did it become a leader of battle royal games?

Epic Games announced Fortnite in 2011 as an exterior survival game in which you build during the day and try to stay alive during the zombie attack at night. The release was scheduled for 2013 and the game used the brand new Unreal Engine 4. As is well known, it was not completed by the set date, internal changes at the company and the prioritization of other games slowed down development. Because of this, his debut finally shifted to the summer of 2017. Meanwhile, however, the battle royale frenzy generated by PUBG was already in full swing, so the developers of Epic Games thought of boldness and announced that Fortnite would also soon get a battle royale mode. It was an obvious step to ride the current fashion wave, and everything was given to the company. The long-developed world of Fortnite, using Unreal 4, was flexible enough for developers to create a surprisingly stable battle royale mode in just two months, which eventually came out as a standalone game not only for PC but PS4. and Xbox One. In addition, Epic Games has stepped in with a chance: it launched the game for free. And the success surprised even the giant. The game has been tested by tens of millions in two weeks, and according to the latest figures released in June, that number is currently more than 350 million

One of Fortnite’s greatest accomplishments is that it can not only reach huge crowds, but also keep them going. On one hand, the friendly look that makes the game accessible to the younger age group plays a role in this, and on the other hand, the positive first impression it can give to beginners. And this is achieved by using chance as a game mechanics element in a surprisingly specific way. Compared to other skill-based shooting games, Fortnite builds on chance much more powerfully. The weapons in the chests are occasionally generated, so it is easy for lucky beginners to find really powerful weapons. Although guns are quite inaccurate, they can "carry aside" by as much as 30 percent. In addition, critical shots are also completely random. And these game mechanics solutions allow beginners to defeat more experienced opponents if they are lucky. And while veteran players hate it all - since hundreds of hours of training aren’t a guarantee that they’ll beat the rookies who have been trying the game for a couple of hours in a firefight, overall, everyone seems to benefit from it. Beginners because, unlike many other games, they don’t have to practice a lot to have a sense of success at times, and veterans because the game is so full of beginners, who in most cases are still easy prey.

In addition to exploiting chance, Fortnite also exploits another psychological trick much better than other games. Candy Crush was the game that was able to really successfully apply this principle. In that it manifested itself in the following form: the game was deliberately programmed in such a way that when one loses, in most cases it is noticeably close, approximately 1-5 steps away from victory. And when they win, make them feel like they are a born talent. This manipulation procedure is actually a technique borrowed from gambling. Consider, for example, slot machines when two of the three cherries are spun out of the machine. Two cherries and one banana do not win in the same way as a cherry, a banana and an apple, yet our brains interpret what we see as almost winning. And the machines are intentionally programmed to make "near-won" situations more common.

The same principle applies to Fortnite, but perhaps even more perfectly than other games. When two players get involved in a firefight, it is very common for the winner to win by only a hair's breadth, and this is rubbed right under the loser's nose by the game itself, allowing him to continue to follow events from the winner's perspective after his death. The game clearly gives the feeling that they were a hair's breadth away from victory, and luck will be on his side next time. In addition, since winning a duel usually advances ten to twenty positions on the leaderboard, defeating a single opponent can be a serious success.

The voice of the community

Finally, it is important to highlight a third important element. The developers are paying attention to the feedback from the players, they have already fulfilled several of their requests. Probably the most famous case is the guy in the orange t-shirt. Epic Games announced a dance competition whose prize was to get the winning choreography into play. Of course, countless videos were submitted to the competition, and in addition to the winner, the company also published other choreographies. That's when the unusual thing happened. The players were not thrilled with the winner, they enjoyed the embarrassingly ridiculous and vigorous dance of the boy in the orange T-shirt more, who was ranked twenty-third. The video was seen and shared by far more people than the winning choreography, and the community cried out for justice. And Epic Games listened to the players again and made the dance available for purchase as "Orange Justice" in an update. The description was also taken from the boy, who said this sequence of movements was "great for exercising as well."

Basically, all of these things, ensure that Fortnite’s popularity has skyrocketed, the game has become part of pop culture, popping up in places we wouldn’t expect. It is not a surprise that Fortnite is played in our gaming bus at all times, it is truly a game that brings a good squad together.