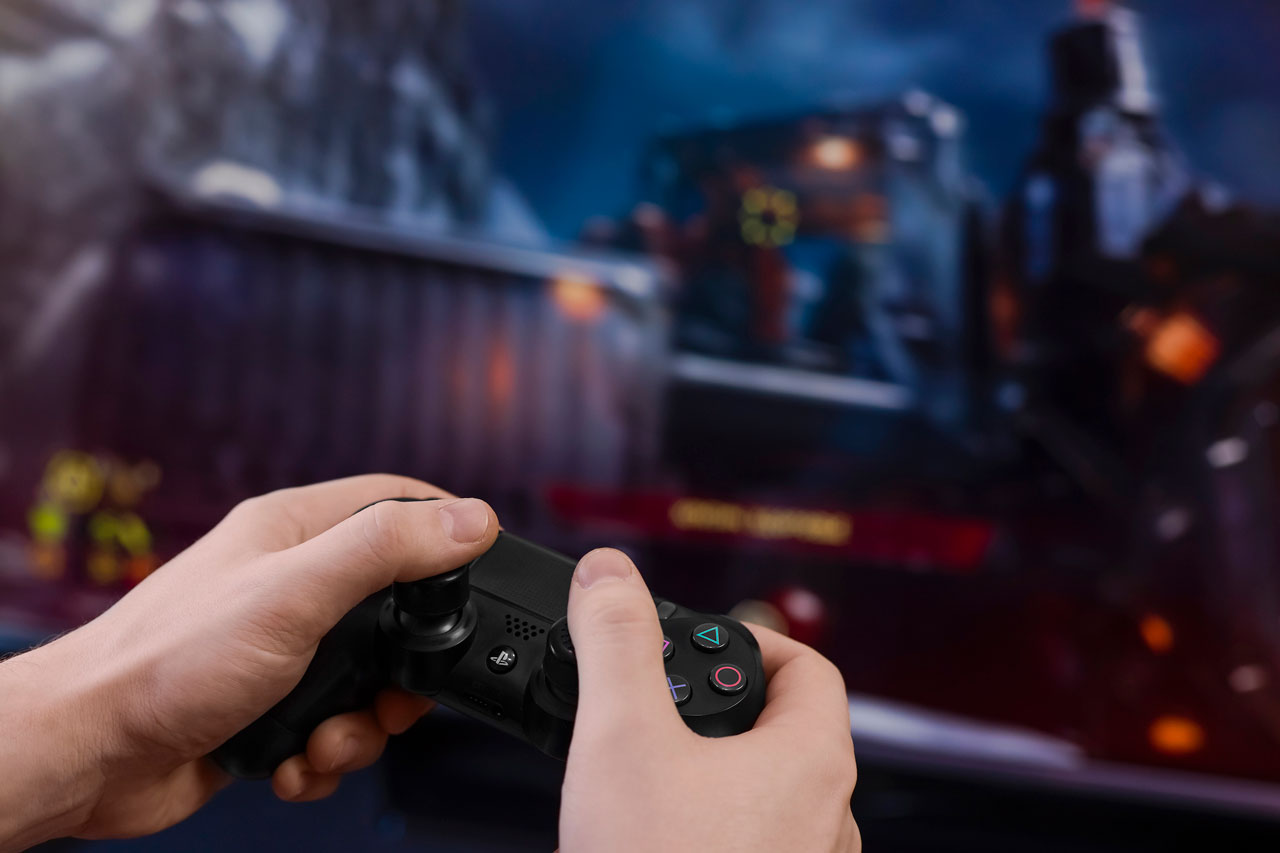 There will be plenty of novelties in 2022 but first, let's take a look at those 21 games that still represent a big hit for Playstation gamers at the end of 2021.

The list of 30 was published on gamesradar.com, but we've narrowed it to 21.

Players can embark on a thrilling adventure to battle terrifying monsters, constantly improving their hunting skills as they play. With stunning graphics and a great story, Monster Hunter World has quickly become one of the best games on ps4.

Battlefield 1 is a new level of shooter game, where the horrors of the First World War are almost tangible. The result is the most violent, bloody FPS action we've ever seen. Battlefield is all about multiplayer. The variety of maps and modes is staggering - whether you're a regular soldier, a tank driver or a plane pilot. The best part of the game is the Operations mode, which stages huge 64-player encounters across multiple maps, giving a real sense of back-and-forth combat.

The story is set in Detroit in 2038. All the menial tasks and low-paid jobs are done by androids. And the game is about what happens when androids become sentient and start breaking their programming. One of the most beautiful games on PS4.

With more than 100 hours of gameplay in ancient Greece and two selectable protagonists - Alexios and Kassandra - Assassin's Creed Odyssey is one of the best ps4 games. Whether you're riding a horse or sailing your own fully equipped ship, the sheer variety of things to see and do is astounding. You'll also get to experience a full RPG system that adds more depth than any previous Creed, and a revamped combat system that really highlights the nuances of character customisation.

A good example of how to make a sequel to a game. It took everything that was good in the original game but managed to eliminate all the bugs that bothered players.

This is a city dripping with dread; around every corner potentially lurks a grotesque monster or a fascinatingly twisted story. One thing's for sure, it's not for kids...

In the game, you're a high school student fighting monsters (in addition to classes and friends) or convincing them to lend you their powers for a mission. Which is nothing more than fighting against a world run by adults with cold hearts.

Resident Evil 7 completely reimagines the original series, bringing the horror to life with a new camera and scares that resemble modern horror movies.  The game follows Ethan as he searches for his missing wife in a Louisiana swamp, which soon takes a turn for the worse when the Baker family turns up.

A terrifyingly exciting game in which an android dressed as a gothic Lolita philosophises about the nature of humanity, morality and free will. The combat is fast and smooth. It's the kind of game where you get side missions from a robot modelled on the early 20th century French philosopher Jean-Paul Sartre, before flying off to fight a giant kaiju machine with lasers and 3m katanas.

The basic premise hasn't changed: everything the hero Nathan Drake touches falls apart with tremendous destruction. For the first time in the series, it gave the characters in the series room to develop as real people.

It manages to make you fall in love with feudal Japan all over again, and with its busy world, every moment you spend in it is an experience.

10. What Remains of Edith Finch

As the title character explores Edith Finch's family home, she gradually unravels the stories of the Finch family over time, each one opening up a new experience and story.

In short, this is the game that fascinates and captivates you time and time again. It never feels like a replay.

Fortnite is the best fun you can have on PS4 for free - and it's free to play, because you don't even need a PS Plus subscription to play online. Regular developer updates every week add new weapons, game modes and thoughtful tweaks to the core mechanics, keeping the game fresh even after you've already got a few dozen wins under your belt. And don't forget Save the World mode if you're looking for something a little more cooperative, though you'll have to pay (for now).

White Wolf himself brings with him one of the most diverse and challenging RPG worlds ever seen. What's really impressive about it, aside from the visuals, are the missions and the fascinating characters that bring the world to life. While combat can be challenging at first, once you get into it, no one and nothing can stop you.

Great storytelling, an exciting mission and Kiefer Sutherland's wonderfully gruff voice. That, in a nutshell, is a game that everyone should try.

Stunning scenery, a compelling story, and all set among the skyscrapers of New York. This net that will have you glued to your Playstation.

Red Dead Redemption 2 is a gorgeous world, full of things to do and people to meet, that makes you feel like you're looking out of a window into the real world. The world is so realistic, you might have to pinch yourself.

Horizon: Zero Dawn creates an incredibly rich world to explore and get lost in. Beyond the post-apocalyptic beauty, the core gameplay of hunting and dispatching various mechanical creatures is the real draw.

God of War is - in many ways - a complete new addition to the action series. While Kratos is still very angry, there are still moments of horrific violence in the game, and the action is still smooth and brutal, with a completely revamped structure and pacing. You're now free to explore the world and unlock all its secrets as you go. The play is incredibly clever, the sets are stunning, and Kratos is a much more rounded character.

It was worth waiting for! Ellie's back with a brand new story that kicks you in the stomach repeatedly. The brutal violence is coupled with one of the most gripping game stories of all time.

And it's no coincidence that Fortnite is on the list, as it's one of the most popular games at us. Order Station Wagon for a birthday party or even a team-building session and play a really good Xbox or PS4 party. Book an appointment now.