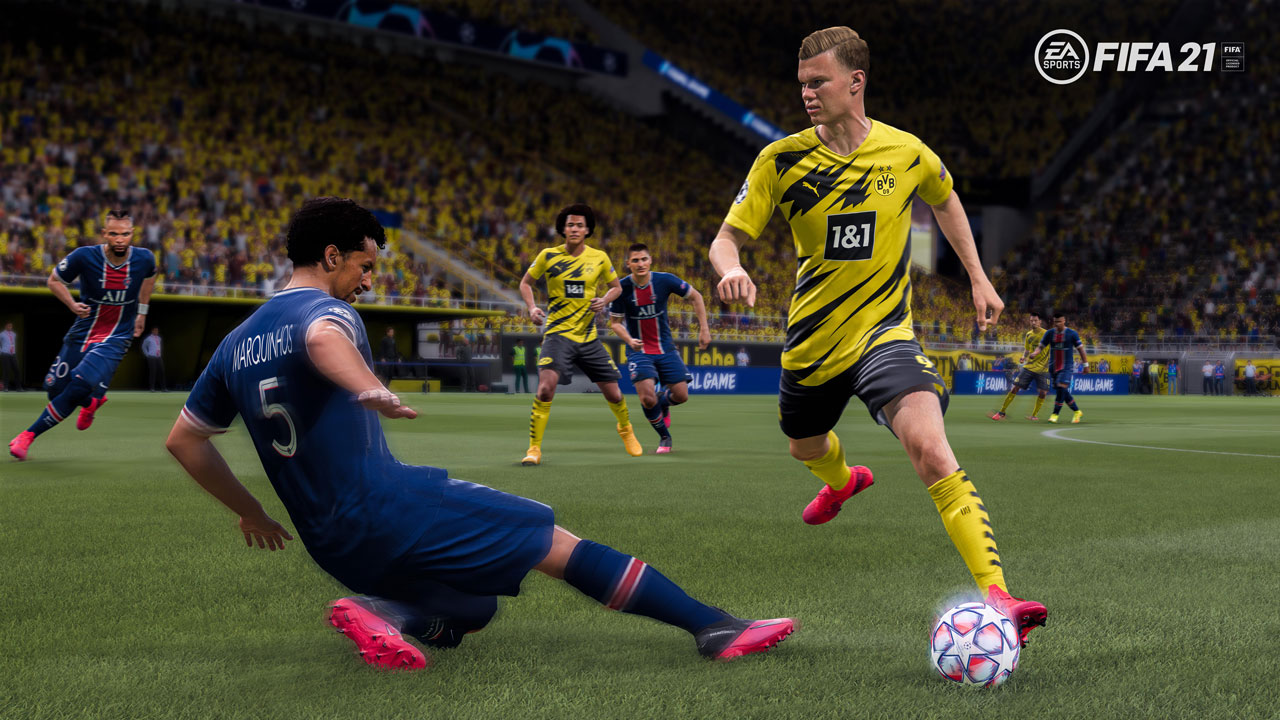 How to become better at FIFA?

The answer to this question is not that simple though, one can have an amazing strategy that works on one opponent, but might not work at all while playing with another. Is it worth practicing day and night? Or less could be sometimes more? Which formation to choose? If that is not working out well, could it be another that will lead to being a better player? If there was one golden formula, the game would be boring since everybody would use it. But there are certain aspects that one can work on and eventually, surprise the opponent. Let’s see what those are.

Work on your tricks

One of the great developments and advantages of FIFA is that great emphasis has been placed on one-on-one situations. Offensive players now have more options to leave defenders thanks to new tricks. By holding down the L1 / LB buttons, you can move well while keeping the ball under tight control, and if you press the R1 / RB button at the same time, you will be fixed in the direction the player is facing. This so-called strafe trick is especially effective when you pull the ball back because it pulls out the defenders and allows you to open up space for yourself.

Of course, each new release of FIFA gives you new tricks that allow players to show how versatile they are. While a lot of practice is required to learn these, the most striking is the Lateral Heel to Heel. This three-star skill move allows you to quickly change direction. To do this, hold down the L1 / LB button and slide the right joystick to one side and then to the other.

The free kick has been almost completely transformed lately, and the new free kick system, while not simple, is particularly exciting. Use the left joystick to select the direction of the ball, then turn it to the right to adjust the strength. Depending on how you rotate the analogue lever, you can add depth or even a curve to the shot. You may want to study these techniques and get used to all the twisting methods, especially since the faster you twist, the more options it offers.

It is also important that you punish with your penalties. Use the left arm to decide the height of the shot, while you then determine the force. The low, fine positioning results in an accurate shot, while a more powerful kick, while losing some of its accuracy, can strike like a bomb.

One of the exciting changes that FIFA has made is that now you can control the goalkeeper yourself to get out at the corners. If you hold down the triangle / Y buttons, the goalkeeper moves out of his line and jumps to catch or hit the shot. This can be especially useful when your opponents are playing broadly, but of course, just like in reality, this is as useful as it is a risky technique at the same time.

Playing FIFA is a very entertaining way to spend time, not only for young children but also for grown adults too. We hope we managed to give some useful tips to become better at FIFA that you can pass on to your children. We are looking forward to having them in our gaming bus where they can show us the new techniques they learnt. Nevertheless, their friends will appreciate them even more!