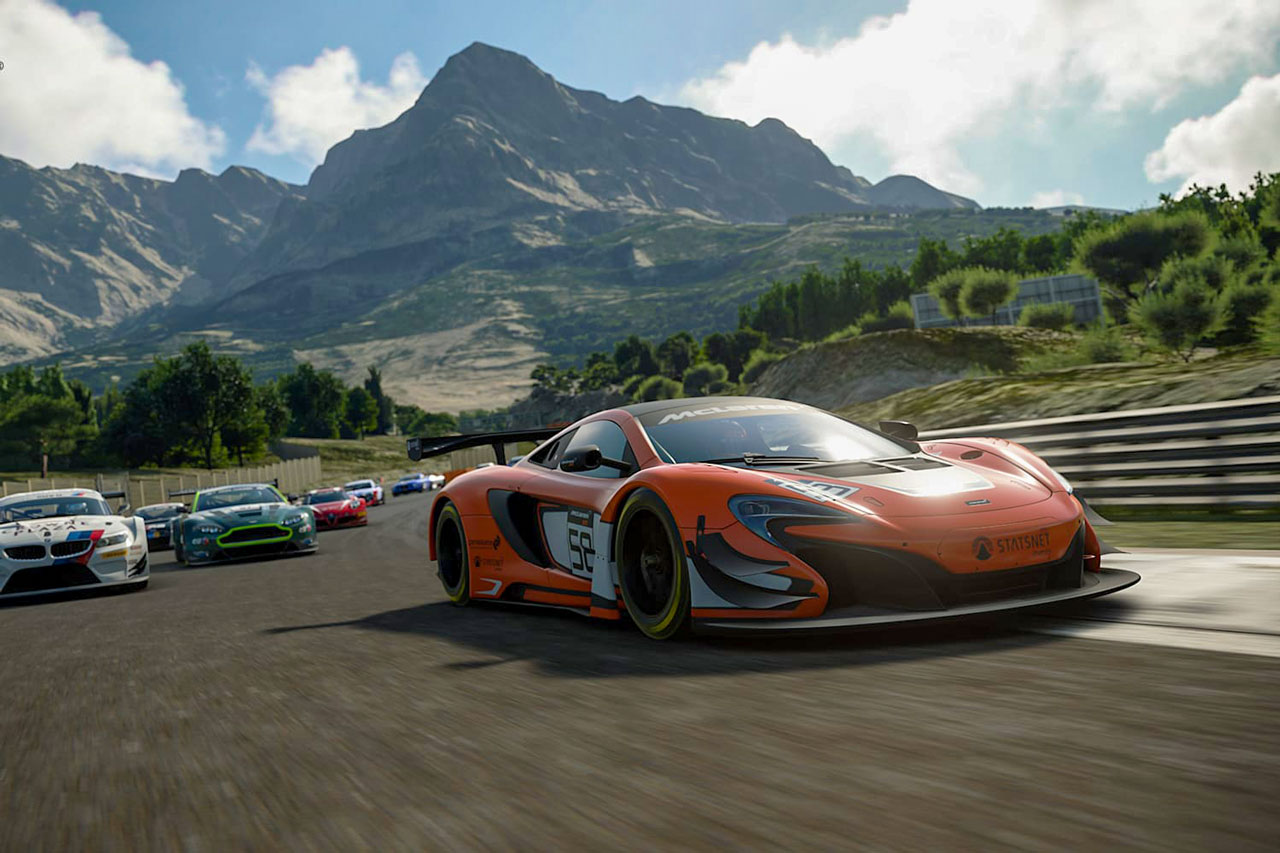 Because Sport mode is fair and stimulating

To replace the A-Spec mode, Polyphony Digital introduces a new mode where pilots of a similar level compete online thanks to an advanced matchmaking system. The goal of the developers was to create a fair and stimulating competition

Your Driver Rank is calculated based on your performance during qualifying, your speed on the track and the ranking of your competitors. On the other hand, if you drive off the track, smash your car against a wall, or elbows with other competitors, you will receive penalty points which will lower your Fair Play Rank. To regain the confidence of the developers, it will be necessary to drive clean. Preferably on a tricky track, with a car that is difficult to handle.

Because it's an ultra-realistic game

If you've played the previous instalments in the series, rest assured, you won't be lost. The gameplay of Gran Turismo is similar and just as realistic. Especially when you are driving Group 4 cars. What could be better than attacking the bends with cars that stay firmly attached to the track?

However, the realism of the opus is not limited only to the gameplay. The new photo mode, called "Environment", allows you to integrate your 3D vehicle into a real setting, where you can adjust the light and shadows. The goal here was to take an ultra-realistic shot of your racing car. So close to reality that it's hard to tell if it is a real photo or a fake one.

Because graphics are just awesome

Gran Turismo did not steal its title of "Real Driving Simulator". Kazunori Yamauchi's series can boast of having always been realistic, whether in the cars or the tracks. This is still the case on this new opus. All Gran Turismo Sport tracks are extremely detailed to provide the best viewing experience for players. The interior of the 140 cars is faithfully reproduced by the developers. So realistic that it almost feels like sitting in the car itself.

Because you can drive extremely expensive cars

GT Sport offers fewer cars than its competition, but the model range is impressive. The 140 cars available, designed by a plethora of manufacturers, cover all the bases. From city cars to racing cars. The models are classified from Group N - production cars - to Group X, concept cars and innovative hypercars designed by the world's largest manufacturers. GT Sport gives you the opportunity to drive expensive cars from the comfort of your couch. And even imaginary cars designed for gaming, the Vision GT models.

Because you could be the next champion of Gran Turismo Sport

In GT Sport, as the name suggests, the focus is on Sport mode. The goal is to create fair motor racing. You will be able to participate in two in-game championships, born out of a partnership with the Fédération Internationale de l'Automobile.

In short, with these two championships and its online mode, we can't wait to see the eSport potential of Polyphony Digital's opus. But for now, we are sure of one thing. Gran Turismo Sport is one of the best car simulations in the game. A must-play for any motorsport fan.

Speaking of champions, if you would like to try the game and make your own championship, may it be a part of your wedding, team building event or your kids’ birthday party do not hesitate to book your time slot for the Manchester gaming bus and beat your opponents! Good luck!